It’s the highest honor a website in the Philippines could ever receive– this website, DonnaCruz.com, won the Most outstanding website of the year for Film/Celebrity in the 1999 Philippine Web Awards. This is the 2nd major national award received by this website.

An amazing news– we have officially won over The Sharon Cuneta website, the website of Jose Rizal, the movie, and basically won over all the Film/Celebrities websites in the Philippines. DonnaCruz.com, won the Most outstanding website of the year for Film/Celebrity in the 1999 Philippine Web Awards held on November 17, 1999 at the New World Hotel in Makati, Philippines. 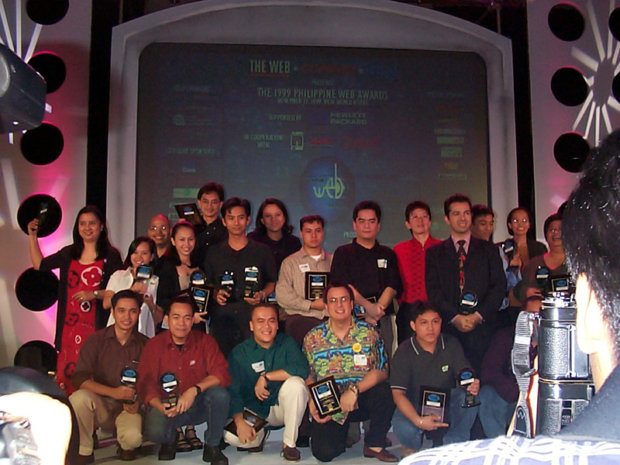 Winners of the 1999 Philippine Web Awards. (c) The Web Philippines

This award is a major national distinction. This is based on the judges’ evaluation of the website based on excellence, (IT professionals and selected experts in the Philippines) and not based on the people’s votes.

This is the 2nd major award of this website. The first is from the 1998 Philippine Webby Awards where it won as the People’s Choice for the Film/Celebrities category. 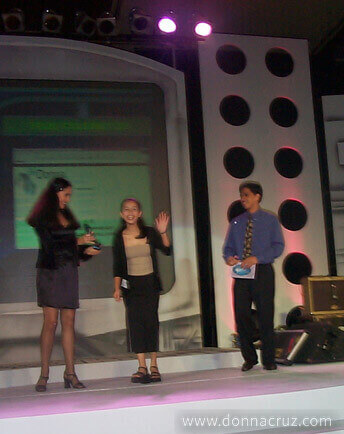 Webmaster Cheryl Fuerte also known as Inday in the Philippine Internet community, waves to the crowd as she ecstatically goes onstage to receive the Most Outstanding Website for Film/Celebrity in the 1999 Philippine Web Awards. 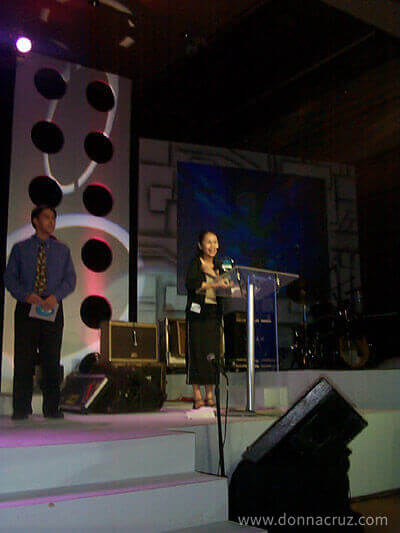 Webmaster Cheryl onstage, delivering a speech. A part of her speech went like “…I am not really expecting this award…! Mareng Donna may award na tayo! May anak ka na, may anak na rin ako (pointing to the award)…” 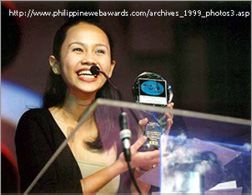 The webmaster, delivering her speech

This award would not have been possible without the participation and contribution of the DonnaCruz.com fan community and also of Donna Cruz herself who constantly sends us updates and engages wholeheartedly with her fans here on the website. Thank you, thank you very much ❤– Webmaster Cheryl / Inday