Donna has 9 long-playing (LP) albums to her name, numerous gold and platinum awards, as well as local and International singing recognitions. 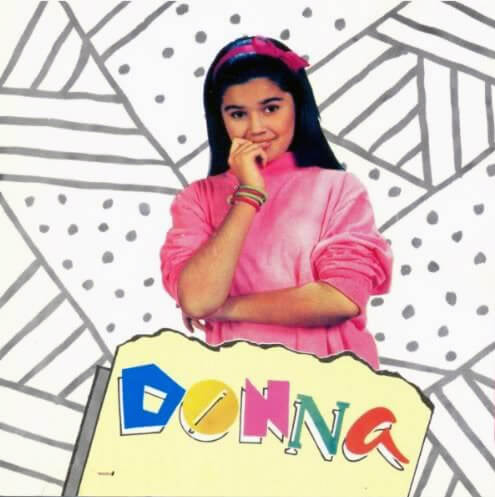 This is Donna Cruz’s first album. The original album (in cassette version) was released in 1989 and the compact disc (CD) version was released 1992. This album has reaped many notable awards. It went double platinum in the Philippines. 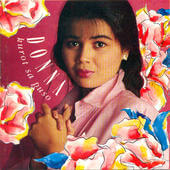 The “Kurot Sa Puso” (translation: “Pinch in my Heart”) album is Donna Cruz’s second full LP with Viva Records released in 1992 and matches Donna’s stage in life – she was in her early teens when this album was made. 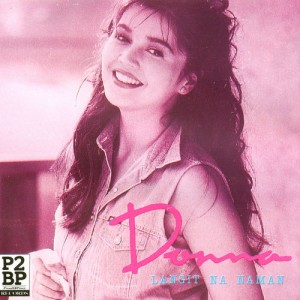 This album is Donna Cruz’s 3rd full LP, named after the 70s hit song “Langit Na Naman” by theHotdogs. This album got a Gold Record award in the Philippines.

The album received its Quadruple platinum award in 1997, making it Donna’s best-selling album so far. The cut “Only Me and You” was chosen as Awit Award’s 1995 Best Ballad Recording, and Donna as Best Female Ballad Performance in an album.

This is Donna’s first ever Christmas Album released December of 1996. This album is very precious to Donna as she handpicked some of the old revived Christmas songs here. She did her version of Barry Manilow’s ‘Its just another New Year’s Eve’, George Michael’s ‘Last Christmas’ and Carpernter’s ‘Merry Christmas Darling’. 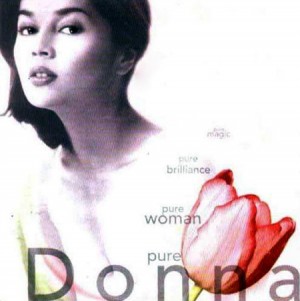 After the humongous success of Habang May Buhay, this album is another milestone in Donna’s recording career. This album is so far Donna Cruz’s 6th solo. after the first week of release, Pure Donna was certified platinum in the local music charts. 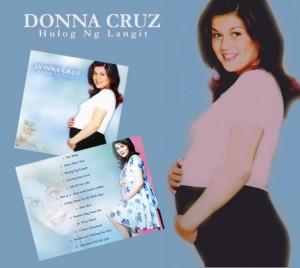 Released September 1999, this album expresses all the feelings that Donna has being an expectant mother. Songs in this album have been specially chosen by Donna herself. This album has been awarded Gold Record. 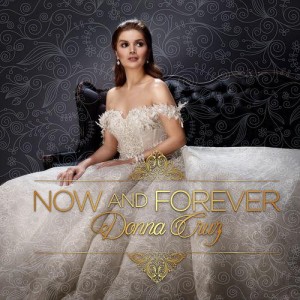 Donna Cruz’s much-anticipated comeback album, Now and Forever, is now released. The album has 16 tracks (8 songs, 8 minus one versions), one of which is a duet with actor Piolo Pascual. 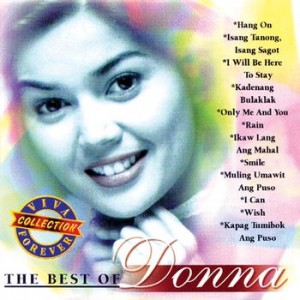 THE BEST OF DONNA 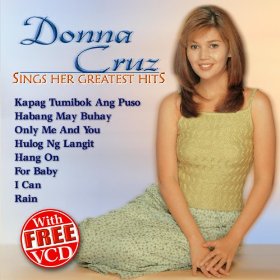 Viva Records releases another compilation of the greatest hit songs of Donna Cruz from her albums. 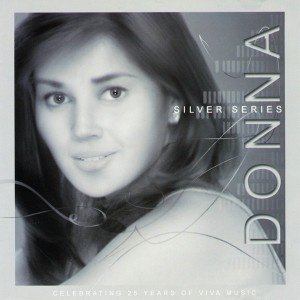 This album is a part of the Silver Series albums from Viva Records – a compilation of the best songs of each of their recording artists.