Getting in shape through running (SunStar Cebu)

This post written by Donna and is published originally in SUNSTAR CEBU on February 12, 2010. BEFORE I started running, I preferred to just sit in my room and use my computer or watch the television or just spend time with my kids indoors. I was hardly an active person, perhaps because I grew up suffering from asthma attacks and always felt that indoor exercises or going to the gym were just too boring for me. I couldn’t stand doing the same thing each day, over and over again. My only exercise, if you could call it one, was playing with my kids and carrying our then one-year-old baby—Gio.

You can just imagine how difficult it was to understand the joy my husband was getting from running. It was totally boring! I have been trying to understand him since Yong started joining fun runs and races in late 2006 and why he was super into it.

My main goal was to discourage him! He was busy being a doctor by day but he still found time to run and train at night for the Pasig International Marathon in 2007. He trained almost every night and still managed some bonding time with us. I could not believe it! Sunday was a no-running-day for him because I insisted that it’s the only day he could really spend the whole day with us, the only day that he could sleep straight without having to wake up early for work. He joined the New York ING Marathon in November of 2007. I went with him and I remember being so scared and worried since he had a goal 4 hours and 30 minutes. I reminded him not to be so competitive and to just enjoy his run. I kept on telling him, “You’re an ophthalmologist and not an athlete!” (Even healthy runners have died joining full and even half marathons!) He clocked in at 4 hours and 19! Even better than his target time. My story as a runner began in October of 2008. I was getting bored with my usual diet, eating the same food (camote, potatoes and carrots) everyday. Sunday was my “pig-out day” and I would gain back all the weight that I lost that whole week on that very same day. Feeling weak, depriving myself of eating delicious food, I thought: I had to do something and exercise had to be the answer.

I needed a plan. I had to find a reason not to quit what I was just about to start. My plan was to buy a lot of expensive stuff—running shoes, tights, tees and all the accessories I would need.

It must be a girly thing but I guess it worked for me… it would be a waste of money shopping for things I would not be using! And shop I did, although Yong told me not to buy so much just in case I might not want to run anymore after my first try. But that was precisely the plan—I must not quit! I just wanted to shop and start running. And so I loaded up with my running gear! I began by brisk walking and then by running short distances every day. A week after I started running, Yong signed me up for the Pink October Run 5K on Oct. 19, 2008. My plan was to just go slow and to walk when I get really tired. Yong asked Dr. Rosan Trani (Yong’s friend, a doctor who is also a running enthusiast just like him) to run with me. Yong assured me that I won’t be slowing her since she was still recovering from an injury and will need to take it slow too. Thanks to Dr. Trani, I finished my first 5k run in 45 minutes! Despite Dr. Trani’s injury, I knew she could still finish it a lot faster than me so I reminded myself to refrain from walking kasi nakakahiya naman. But the truth was naiiyak na ako sa hirap at pagod! I was beginning to feel like a real runner and felt like I was going really fast! Hahaha!

My love and passion for running really started that day after crossing the finish line. It was then I realized I had the heart for running after all.

To those who feel and think that running is boring, try joining fun runs or races, the feeling of crossing the finish line is indescribable! Runner’s high talaga! It is what makes running so addicting! You’d want to join more races after it and do better each time! You start looking forward to training because you now have a goal—to set a personal record! After the Pink October Run, Yong and I started training together and because of running, we had more time for each other, we’re always together. And because he is a much faster runner, I actually improved much faster just by trying to train with him. In January and February 2009, I joined two more fun runs and managed to make it to the top five in the Cebu Rotary 6K Run. Ang sarap ng feeling! Indeed my discipline in training was paying off! My most memorable races I crossed the finish line in 1:42:48 (which was within my goal). I was just thankful to God that I did not get badly injured or hit my face on the ground. And my Kuya, by the way, did so well and had a great time of 1 hour and 59 minutes! My only remembrance were the tiny scars on my knees due to the deep wounds from the fall--I am actually proud of them because every time I see them, it reminds me of how dedicated and determined I was to become a true runner. An average runner that runs with her HEART!!! (To be concluded tomorrow)   This post written by Donna and is published originally in SUNSTAR CEBU on February 12, 2010. 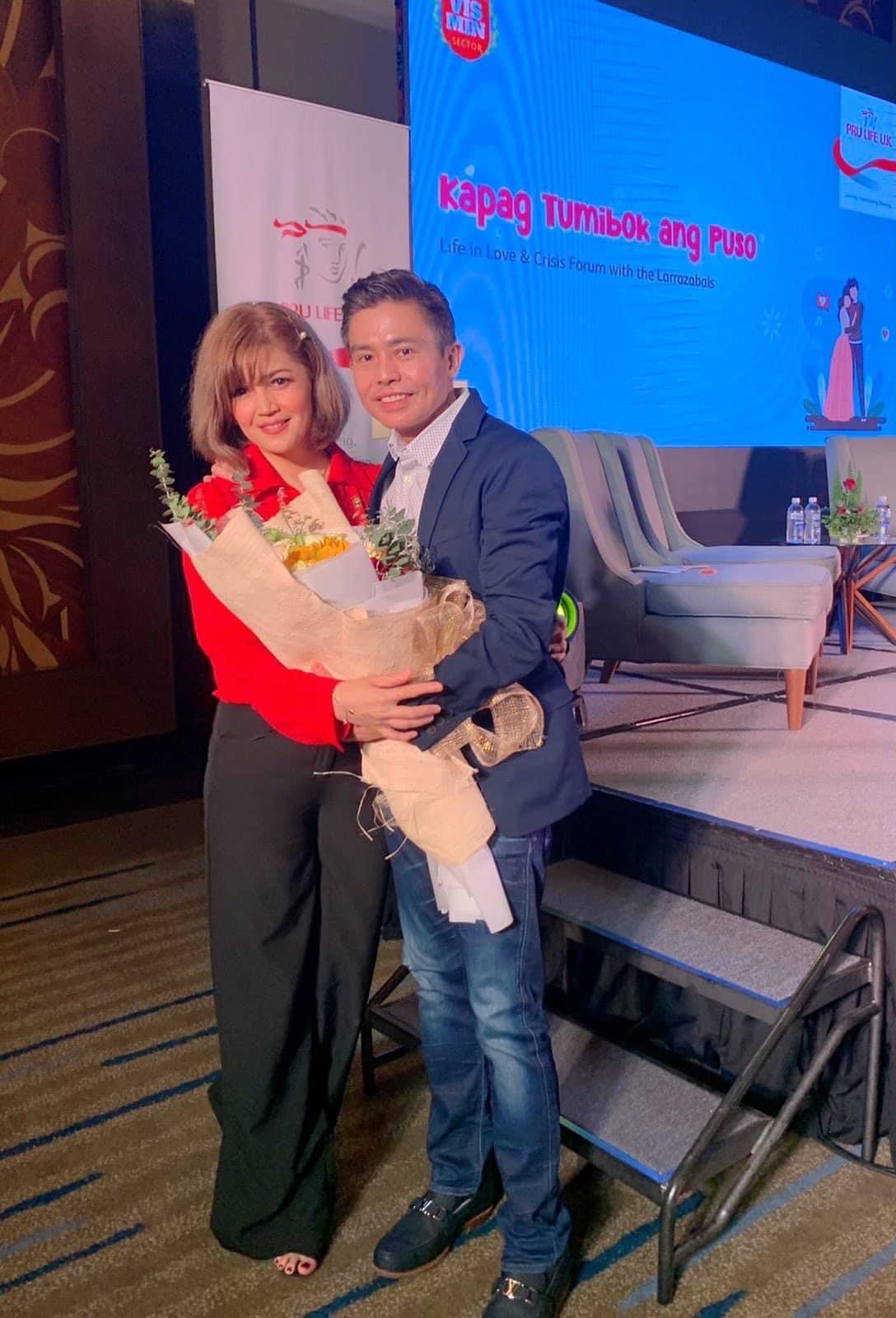 Donna & Yong in the Life in Love and Crisis forum

Donna and Yong Larrazabal have graced the Life in Love and Crisis forum of Pru Life UK last October 15, 2022. 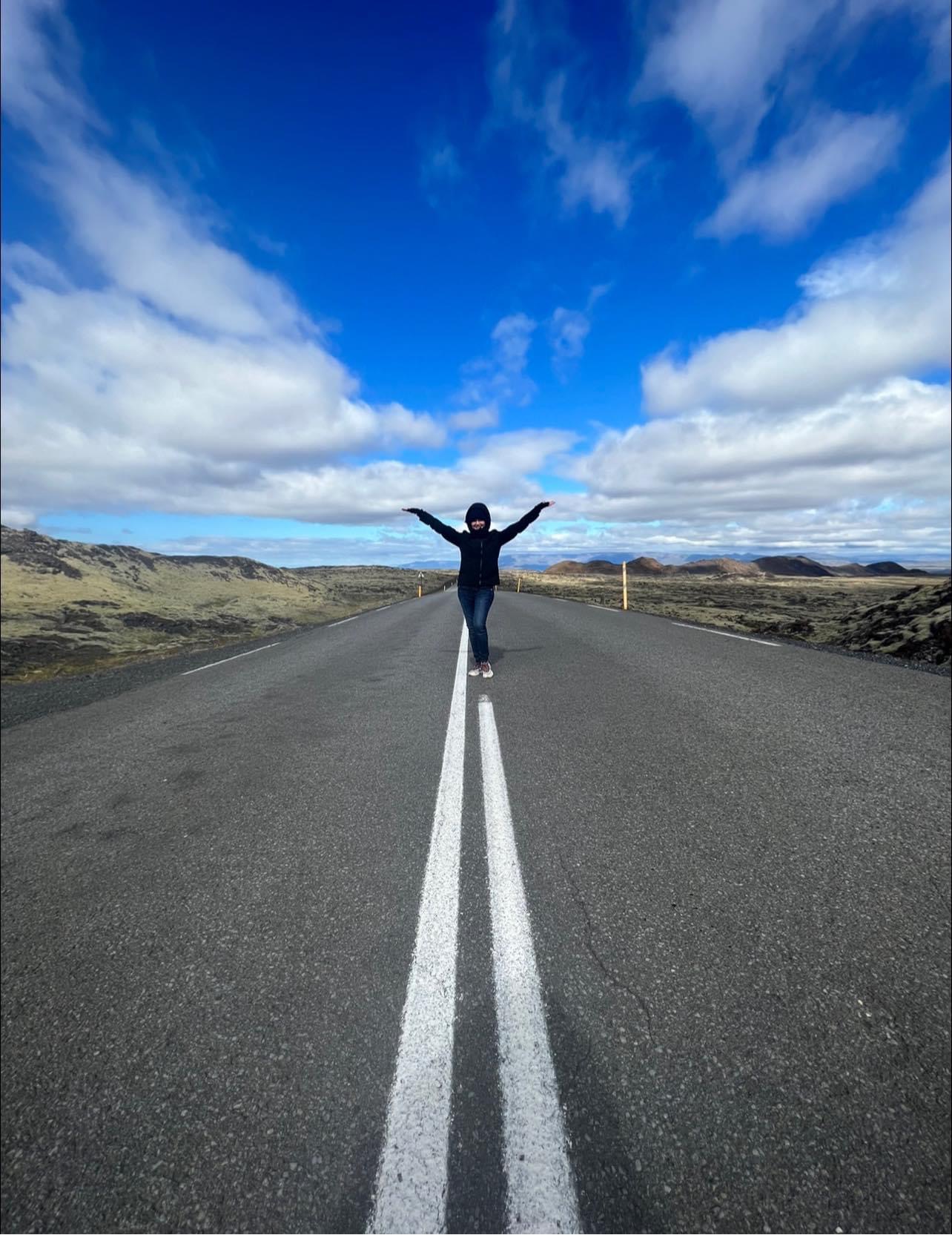 Donna and her whole family (Yong, Belle, Cian, Gio) went to Iceland and Greenland for their summer vacation. 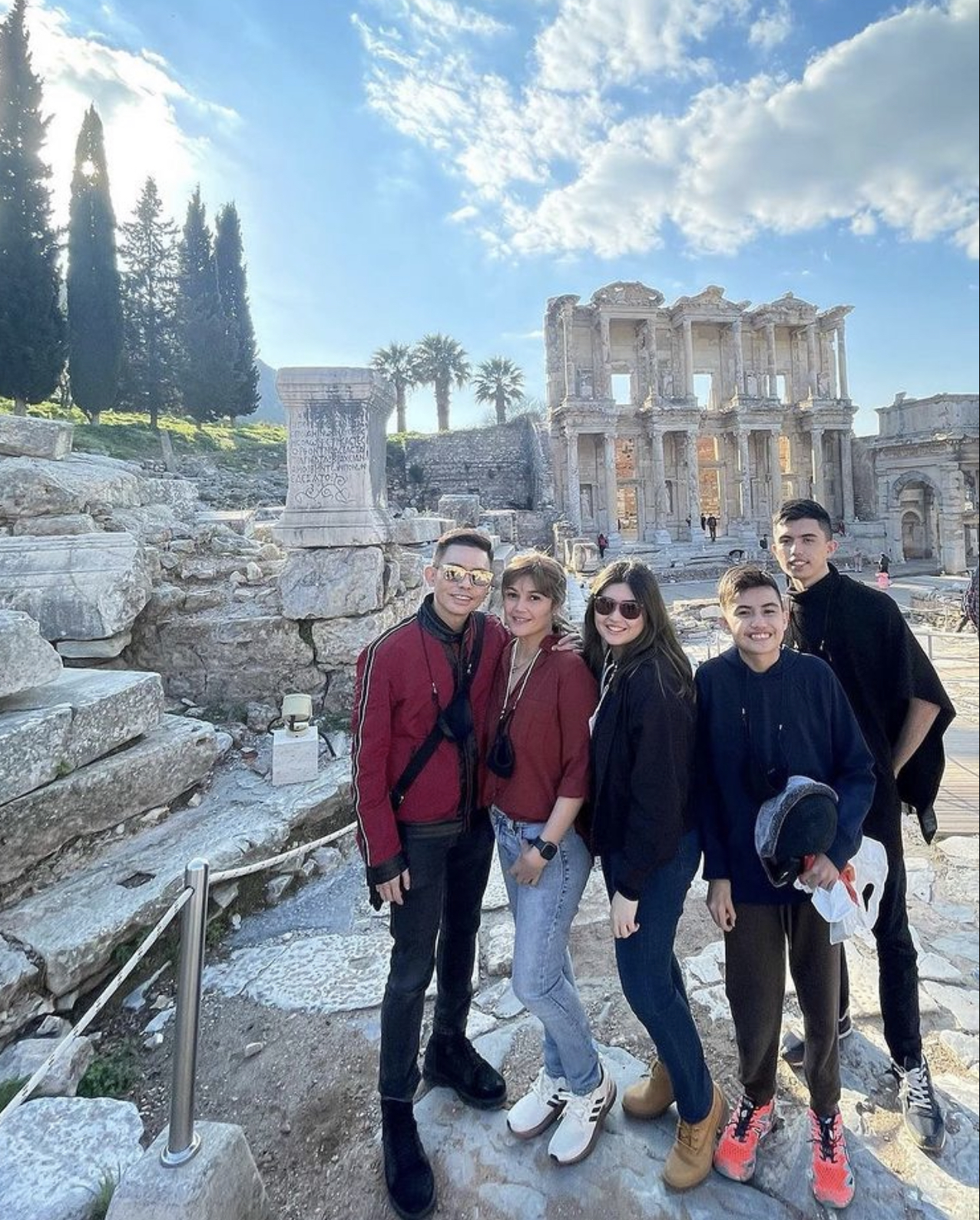 Donna and her whole family (Yong, Belle, Cian, Gio) with their friends have spent their Holy Week vacation in Turkey last April. 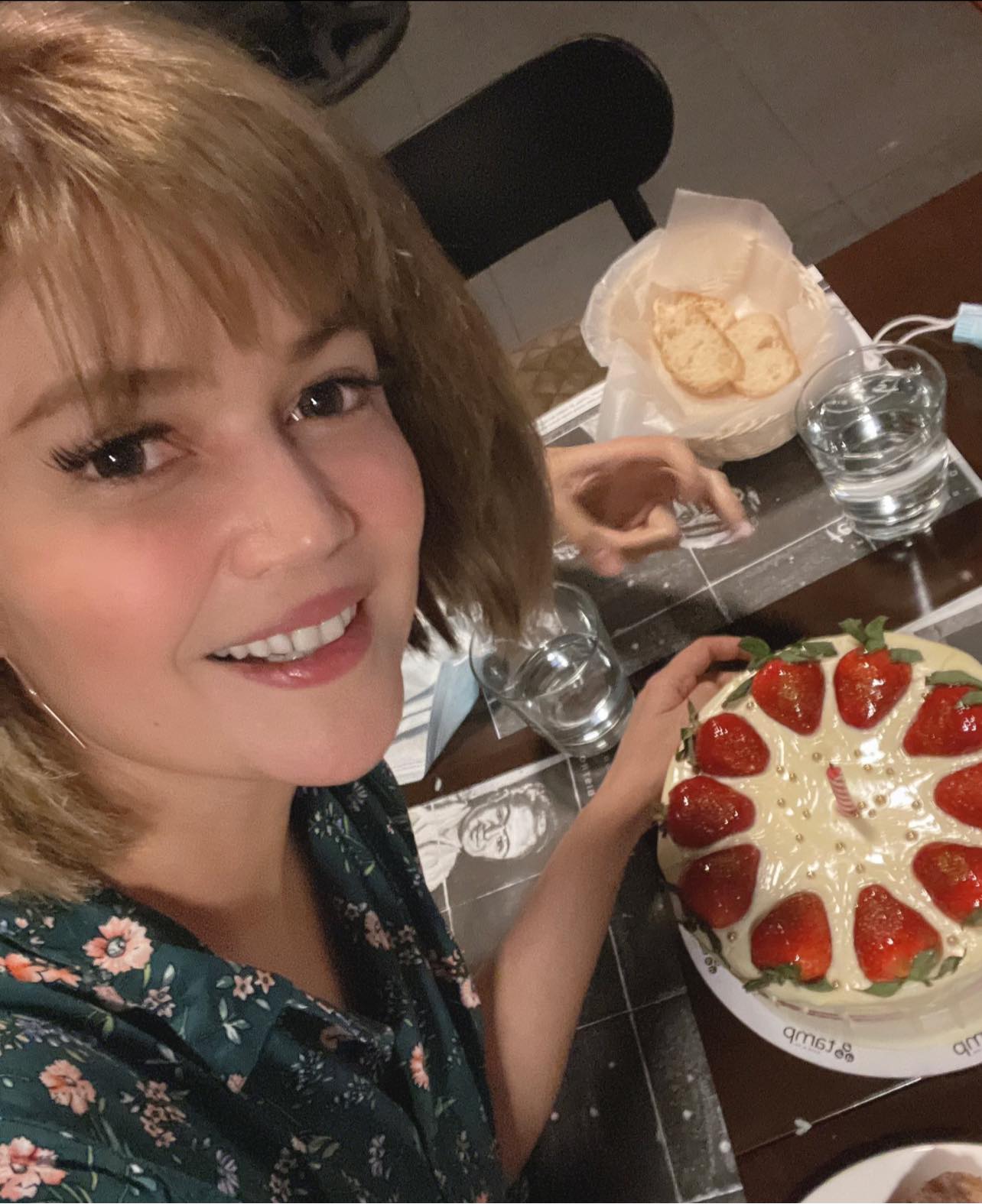 Another sweet and blessed year for Donna, on her birthday and valentines’ day! She shared pictures of her simple special day below, with her husband. Donna turned 45 (and she doesn’t look a bit like her age!). 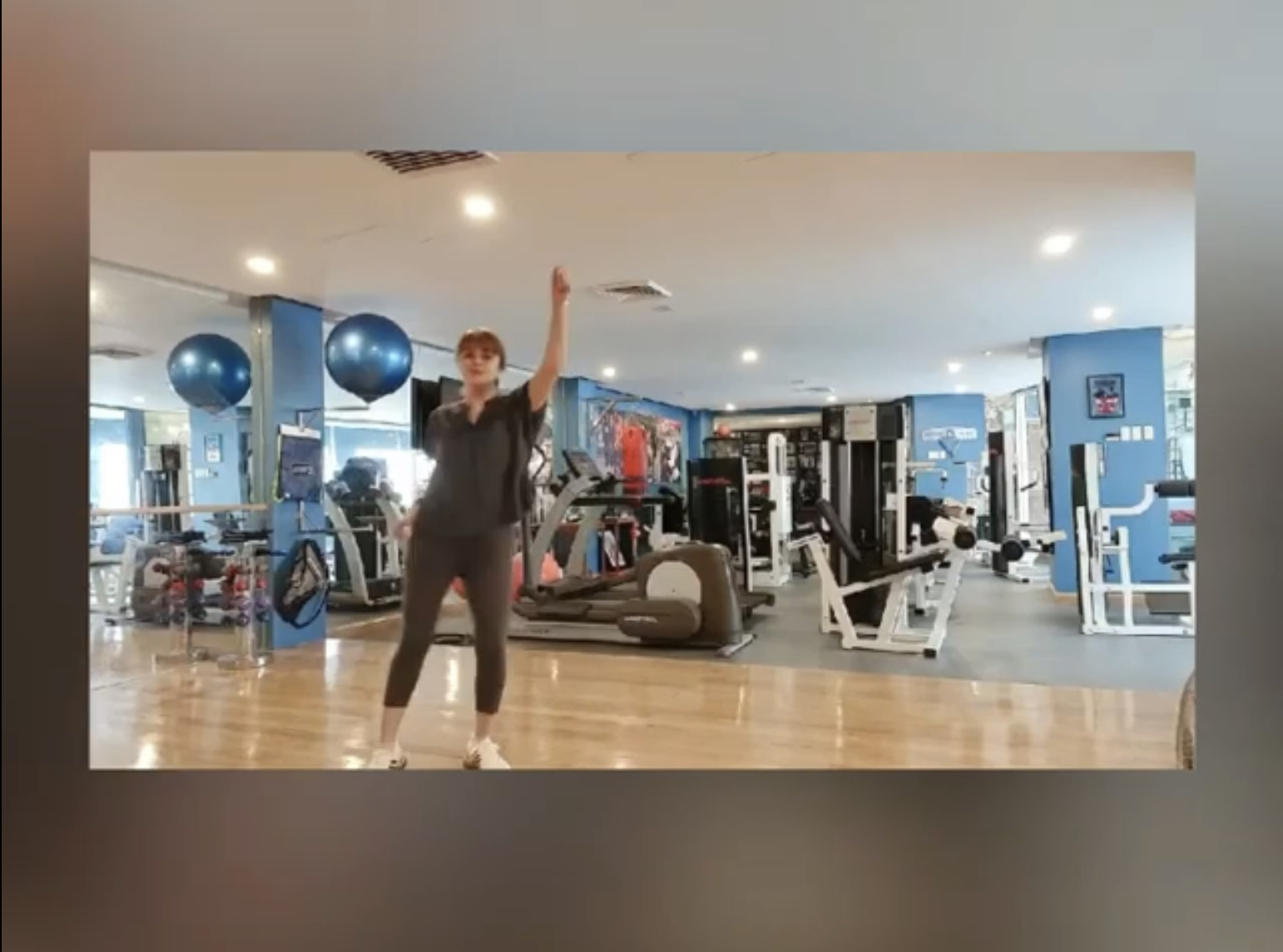 Donna is a big advocate of running and exercising. Wanna get inspired? Here are a few posts from Donna.