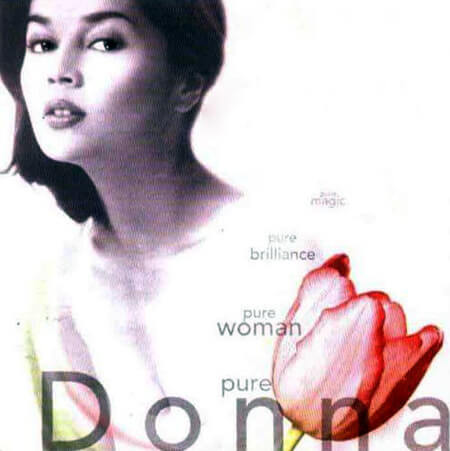 After the humongous success of Habang May Buhay, this album is another milestone in Donna’s recording career. This album is so far Donna Cruz’s 6th solo. after the first week of release, Pure Donna was certified platinum in the local music charts. This album contains the hit cut “Isang Tanong Isang Sagot”, her own version of the all-time favorite song “Smile”, “Wish” – her duet with American singer-songwriter Jason Everly (son of Phil Everly of the Everly brothers) A special song “Where Could He Be” is included in this album, a song made especially for Donna by Trina Belamide.

Donna’s version of “Hold On”